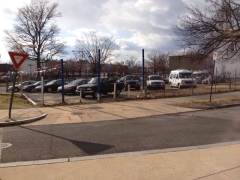 Lots of things happening around Barney Circle these days. In addition to the planned Barney Circle transportation project, Penn Avenue Partnership, LLC  plans to build an 80-84 unit residential building at 1550 Pennsylvania Avenue SE, located at the intersection of Penn Ave and Barney Circle. Neighbors can learn more about the plans and ask questions of the owner and developer at a meeting on Wednesday, February 27, 6:30 pm at New York Pizza (1401 Pennsylvania Avenue SE).

In addition to the initial plans (pdf), here are some additional details about the project:

Again, the owner, developer and architect will present their plans to the community and answer questions on Wed., Feb. 27, 6:30 pm at New York Pizza. In the meantime, post your questions and comments below. 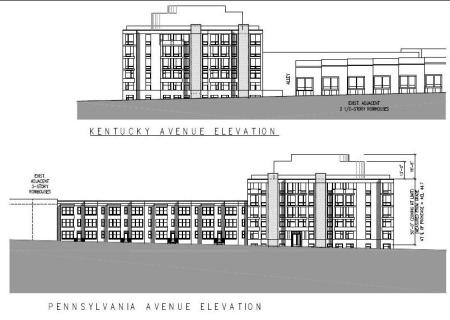 This entry was posted on Tuesday, February 19th, 2013 at 11:42 am and is filed under Barney Circle, Development, Penn East, Potomac Avenue Metro. You can follow any responses to this entry through the RSS 2.0 feed. You can leave a response, or trackback from your own site.